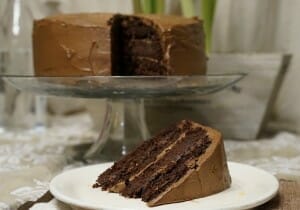 After a particularly stressful week of arguments with my pre-teen son, I asked a friend, who raised two amazing kids with her husband, how she did it. “We were just winging it,” she said. Winging it has been my operating mode in much of my life, since I headed to college years ago and majored in “undecided.” From there I went on to earn a degree in Interdisciplinary Studies, leaving open the possibility of a lucrative career in just about anything. Now I find myself winging it as I pursue my business leading food tours and writing about food, and even in my own kitchen, cooking and baking.

Winging it sounds directionless, as if caught by the winds with no great sense of determination or direction, but for me, that is not the case. Sometimes, I admit, winging it offers a sense of security against that monstrous fear of failure. I’m just winging it, you know, just giving it a shot. Trying it out for size. But in truth, winging it means pouring out your heart and soul for all to see. Flaunting your passions like an exhibitionist, drawing glances of both admiration and disdain. Winging it means being open to the prospects of great success–and of devastating loss. It means kicking down the doors that have never opened for you and that perhaps you didn’t even know existed. Doors that may lead to a dark, empty pit, or a beautiful tropical paradise. Or both, in succession.

I have heard people say that you can wing it when you cook, but not when you bake, that baking is too scientific. I disagree. How else would I have known that substituting gluten free flour mix  for half of the flour used in my pumpkin bread (because I discovered too late that I was almost out of wheat flour) would result in a light crumb, and a subtle nuttiness, or that using orange marmalade in place of apricot jam on an apple tart falls short of delicious.

In life, too, there is no recipe for success.  Yesterday, I felt too fragile to deal with yet another argument with my oldest, and had to excuse myself to go on a walk. I was certain that yelling at the wind was a better option that yelling at my kids. Regardless, I felt like a failure. I couldn’t demonstrate the strength I want my children to garner, or model calm communication. But I did witness a starry sky, and the glow of moonlight that only a snow-laden, winter night can offer. I breathed in the bitter air, shocking my lungs, words of anger snapped by the chill. After a short time, I returned home, with renewed strength and a sense of peace.

I look ahead at 2015, and already some doors have shut behind me–I just lost 2 jobs (remember, I majored in “undecided”; I still have a few more jobs I’m holding onto), and some wonderful new opportunities are presenting themselves–I am working on an exciting business partnership. To take my mind off it all I head to my small kitchen to bake a cake. I scan a few recipes for basic proportions and ingredient ideas. Then I wing it. Dense coffee-infused chocolate layers emerge, filled with a tart cherry compote and topped with a creamy, not-too-sweet chocolate frosting. It is a smashing success.

I prefer to give myself 2 days to make a cake. I generally make layers day 1, then filling and frosting and assemble day 2.

1.5 cups other liquid (I combined milk, some sour cream and a bit of mayo)

Mix dry ingredients in a bowl and set aside. Mix eggs and oil, beating until creamy. Add other wet ingredients, except milky liquid. Beat well. Alternated adding dry ingredients with milky liquid in 3 parts, until just mixed, but no dry pockets remain. Pour into cake pans and bake about 30-40 minutes, until center is set, and knife inserted comes out clean. Cool in pans for about 5 minutes, then run knife around rim, and invert onto cooling racks. Cool completely.

some sugar (I like the filling a bit tart)

Heat the above ingredients, or add a smidge of orange juice, apple cider or whatever flavor you like, covered over low heat, until cherries are soft and breaking apart, and juices are released.

Scoop out a bit of the liquid and mix with the cornstarch in a separate bowl. Slowly pour cornstarch back into cherries and stir well over low heat for about 4-5 minutes until thickened. Let cool.

Beat butter until fluffy and creamy.

Add in other ingredients, beating until incorporated. Taste for sweetness and texture, adding powdered sugar until desired result is reached.

After the cake layers are cool, I cut them in half to make 4 thin layers, then wrap them in plastic wrap and freeze for a few hours up to a few days. This keeps the crumb from pulling into the frosting, and helps frosting set. I discovered that on accident. Anyway, I started with one cake layer, spread a layer of filling, then another cake layer, then chocolate frosting, then the third layer, topped with cherry filling and finally the top layer, and coated the whole darn thing with chocolate frosting.

I hope you enjoy the successes if winging it, in your kitchen and in life!